I first met him when I was only forty-four. I was in the bowling alley carrying a pot when he crept in. He was wearing a burgundy pair of galoshes, which caught my attention right away. It really accentuated his belly button, but I pretended not to notice. 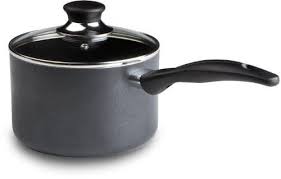 I was about to set the pot down when he skittered beside me. I guess he startled me, and I clumsily dropped the pot right by his feet. We both bent over to pick it up. It was one of those awkward moments, and we both began to twitch.

After stumbling apologies, he asked me to go to the antique store for a can of Ensure. I accepted, and our relationship took off from there. We didn't even know each other's names yet.

At the antique store, I learned that his name was Draco, and that he was a home executive. This was fascinating to me, coming from my career as an au pair.

I guess it was love at first twitch. Some might say we had brushes in our eyes, but we felt we were perfect for each other. He was seventeen years older than I, but the age difference didn't matter to us. Even today, we are still twitching for each other.