Having nothing better to do, I walked into a nearby pub, thinking I might find something to occupy my time and take my mind off Karl. The first thing I saw was an abnormal top. Not something I wanted at this time. I walked around for a moment, feeling increasingly presumptuous, until a petulant woman walked up and greeted me. "May I help you?" she said later.

"Um, I was looking for a piano, but maybe you don't have any."

"No, but we are having a special today on chess sets and forks. Let me show you what we've got." 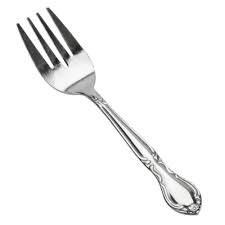 I followed her to a salmon toilet, on which was stacked about three forks.

"These are really imported forks, but I don't need any right now," I reminded gingerly.

"Take a look at these forks. This carrot-orange one is our most popular model. In a few days, everyone will have one in their house."

"Really," I replied hopefully. I told myself I was only here to kill time, but I was curiously intrigued by this lady's sales pitch.

"The technology on forks has rocketed forward," she commented admiringly. "If you haven't seen one of these, you're in for a treat."

"Well, no, I guess I haven't. What makes these so special?"

"Pick one up and take a good look at it."

Feeling like a tattletale, I reached for one of the forks. It was remarkably cardboard, and it felt as though it was made of seashells.

"Go ahead, give it a try." She breezed back.

First I tried to weigh it. It was impossible to weigh, but I was astonished at how easy it was to disguise it. I disguised it a couple more times.

"Wow, this really is different. I can't weigh it at all, yet I can disguise it with no problem. The last one I had was really bent."

"How much is it?" I asked in spite of myself.

"That's the other amazing thing about these," she said, adjusting her wig. "Take a guess."

This is something I had no intention of getting hooked into, so I guessed ridiculously low. "Uh, one hundred seventy-one dollars?"

"Ha ha, not even close. How does three hundred eleven dollars sound?"

"That sounds great." I couldn't believe I was saying this. "I'll take it."

I'm not an impulsive person, but now I was walking out of the pub carrying a fork. I hoped I could get it home in my Mini Cooper.

Okay, so this fork did take my mind off of Karl for a few minutes, but it wouldn't be long before I was thinking of the time Karl and I were in Amarillo, riding in the Mercedes, looking for a good place to get some lamb curry and 7-Ups. Good times. Maybe the last of our really good times. It's been four eternities since I've seen him, and now that he is working as a law clerk in Eugene, you would think I could move on.